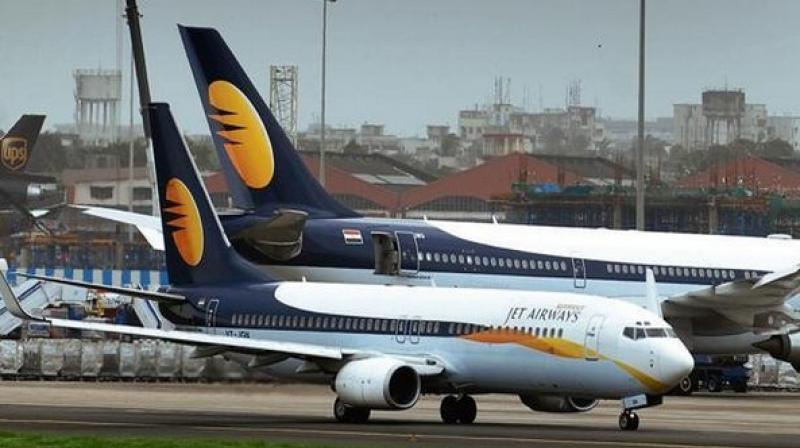 Mumbai: It has been a month since debt-laden Jet Airways, once the biggest private carrier in the country, has stopped all flights on April 17 after its lenders refused to give it any more funds to keep the carrier flying.

However, there is little hope of a credible investment or emergency funding plan before the company. This has had an adverse effect on the company as well as the aviation industry.

Jet Airways' stopping of operations has crippled the aviation market and made ticket prices costlier, particularly those booked closer to the travel date or on the date of travel. This makes flying less appealing for the price-conscious customer. But this might be a short-term impact as other carriers will in the long run meet the gap in capacity.

The crisis in Jet Airways has put around 20,000 jobs at stake, after airline on April 17 cancelled all flights, including its international flights, leaving Jet employees high and dry. Staff including cabin crew, pilots, air hostesses and engineers were trying to find jobs elsewhere.

Amid lenders struggling to find a suitor, the cash-starved carrier also lost its three senior executives – Vinay Dube, Amit Agarwal and Kuldeep Sharma -- while a source said the carrier's Chief People Officer Rahul Taneja has also put in his papers.

The increase in the airfare and decline in the available seats for sale also stopped the growth of aviation market in March.

Airlines carried nearly 1.16 million passengers in March, a slight growth of 0.14 per cent over the traffic reported in the same month a year ago. This rate is a sharp dip from the 18.6 per cent growth in air traffic in 2018. According to analysts, traffic growth is likely to further lower during the current year.

Lender consortium, led by State Bank of India (SBI), has little means of recovering their loans with increasingly dim hope of Jet’s revival. Jet’s total debt was Rs 5,285 crore, with trade payables of another Rs 6,400 crore at 31 March 2018. This number must have increased by now. Banks and other creditors have little chance of recovering their dues as Jet being a services company, has less physical assets.

Airport operators and oil marketing companies have lost a big customer with Jet Airways’ collapse. Airport operators are not getting landing and parking charges and other revenue from the grounded airline. These charges constitute around 10 per cent of ticket cost, with fuel price taking up the major portion.