Indian gold-backed ETFs recorded net inflows in August and continued the trend in September as well. 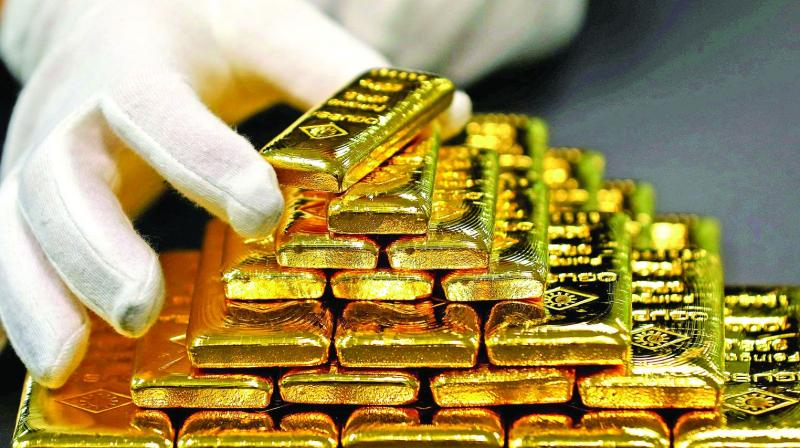 Gold ETFs had witnessed a net inflow in August after a gap of nine months.

Chennai: Despite the volatility in prices, investor interest in gold is robust. Global gold-backed exchange traded funds (ETFs) as well as ETFs traded in the domestic market are seeing significant inflows, indicating bullish sentiments in the bullion market.

Gold ETFs had witnessed a net inflow in August after a gap of nine months. They have been seeing net outflows every month for more than six years since gold fell into the bearish zone, except in the month of November 2018.

Meanwhile, holdings by global gold-backed ETFs reached their all-time high levels of 2,808 tonnes, adding 75.2 tonnes in September, according to data from the World Gold Council. Inflows of $3.9 billion across all regions drove holdings to exceed 2012 levels, when the price of gold was 18 per cent higher.

“Against a backdrop of easy money monetary policy by global central banks, continued geopolitical uncertainty, including the looming Brexit deadline and tensions in the Middle East– as well as rising turmoil in Congress–global gold demand remained strong through the month,” found the World Gold Council.

Among different regions, gold ETFs saw significant inflows in the US, Europe as well as Asian markets.

Gold-backed ETFs in the US have seen positive flows for 15 of the past 16 months and have increased their collective holdings by 51 per cent so far this year.

According to analysts, the demand for gold-backed ETFs is an indicator of the positive sentiments in the bullion market. Amidst macro-economic uncertainties, investors are moving towards safe haven assets and are confident that gold prices are going to rise, despite recent volatilities, they said.

“Increased inflow into ETFs is a testimony to the slowing pace of economic growth. This is likely to keep gold prices supported. Central banks also have acknowledged the future risks and are diversifying from US dollar,” said Himanshu Gupta, Vice President and Head of Commodities and Currencies Research, Globe Capital.