"I want to be a coach now and nurture young entrepreneurs by putting in my entire experience, said Jignesh Shah. 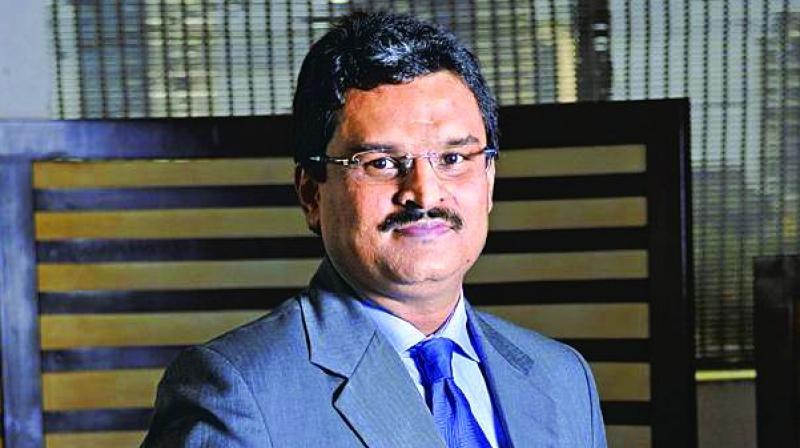 Jignesh Shah said he is confident now that the time has come to start his second innings as court orders are absolving him of all the charges one after another as no agency could prove even a single paisa of wrongdoing on his part, nor on part of his companies.

New Delhi: After setting up 14 exchanges across six continents in a span of ten years, engineer-turned-financial market wizard Jignesh Shah now sees 100-times bigger business potential in a 'startup ecosystem' which he feels can create up to 10 crore jobs over the next decade.

After a payment default of Rs 5,600 crore in 2013 at his smallest venture National Spot Exchange Ltd (NSEL), which had a daily trading volume of Rs 200 crore as compared to more than Rs 1.20 lakh crore a day at his biggest exchange MCX, Shah was forced out of all Sebi-regulated businesses under regulatory orders amid a multi-agency probe.

Shah, however, said he is confident now that the time has come to start his second innings as court orders are absolving him of all the charges one after another as no agency could prove even a single paisa of wrongdoing on his part, nor on part of his companies.

However, he wants to focus this time on a mentoring role and help youngsters with innovative ideas live their entrepreneurship dreams by providing them a platform for "institutionalisation, globalisation and scaling up" of their ventures.

"When I set up exchanges and launched different products, I was creating and innovating for a very elite class in financial markets. Today, I want to create something for the masses," Shah told PTI in an interview.

"I want to be a coach now and nurture young entrepreneurs by putting in my entire experience and everything I have got to create world-class and world-scale institutions in all the verticals that we will work in. I want to create a big assembly line of future Jignesh Shahs," he said.

"I created and nurtured a business that made India the world's second largest marketplace in commodities trading and we were on the top in all businesses our exchanges did. And this feat was achieved in a political environment that was not very conducive," the 52-year businessman said.

"We now have a very conducive environment with a strong leadership under Prime Minister Narendra Modi that wants to promote entrepreneurship and job creation," said Shah, now Chairman Emeritus of 63 Moons Technologies, the rechristened and re-booted version of the Financial Technologies India Ltd (FTIL), the erstwhile parent holding firm for all the exchanges founded by him.

"We created 10 lakh jobs through our exchanges during a period of ten years (2003-2013). But entrepreneurship is 100-times bigger opportunity than what I had in the exchange space and it won't be wrong to say that we can create minimum 1 crore jobs and up to 10 crore jobs in the next 10 years through this startup ecosystem," he said.

Asked to explain what kind of 'ecosystem' he wishes to create and what areas those startups would work in, 52-year-old Shah, who hails from Gujarat and started his career as an engineer before setting up Financial Technologies in his early 20s, said it would not be limited to the areas of technology and financial markets.

"It can be in agriculture, which attracts me the most today, it can be in genetics and it can be in robotics also. There won't be any constraints," he said.

Referring to Prime Minister Modi's call for creating institutions that are of global scale, Shah said his only regret in life has been that he was scaling global heights at a time when the political leadership of the country lacked this vision and a supportive environment would have made India the world's largest financial marketplace.

"From a time when India had got not a single commodity exchange, we made MCX (Multi Commodity Exchange) the world's second largest and it could have reached the top. We set up an exchange in a place like Singapore and expanded to as many as six continents. We could have been the best example of Make in India, Digital India, Skill India and Startup India all put together," Shah said.

"We (MCX) were second only to Chicago Mercantile Exchange of the US, after beating China, Japan, Europe and virtually everyone else," he said.

"However, innovators never bask in past laurels. I want to be a job creator now and I see a hundred-times bigger opportunity in entrepreneurship," he said.

Asked to elaborate, Shah said details were still being worked out but the idea is institutionalisation of global size and scale for innovative business ventures.

"I do not want to define its structure as of now, but it will be completely new and not like what I have done so far," he said.

Shah said he is giving an open invitation to all innovators who want to gain scale, go global and get institutionalised.

"I promise a pollution-free environment where my role would be development, development and development. I see an opportunity to create multiple global stars from our country that can make India the world's biggest innovation centre like a combined Manhattan and Silicon Valley of the East," he said.

To a question on whether he has got financial muscles to support such a huge 'startup ecoysytem' that can create 10 crore jobs, Shah said, "I know this is huge, but we are going to do all this on our own. Today, money chases growth and there is no dearth of capital for good ideas."

"I am not worried about the capital constraints for right ideas. We would act as catalysts and our best contribution on the table would be that," he said.