Blackstone has till now committed around $4.4 billion in commercial real estate investments in India. 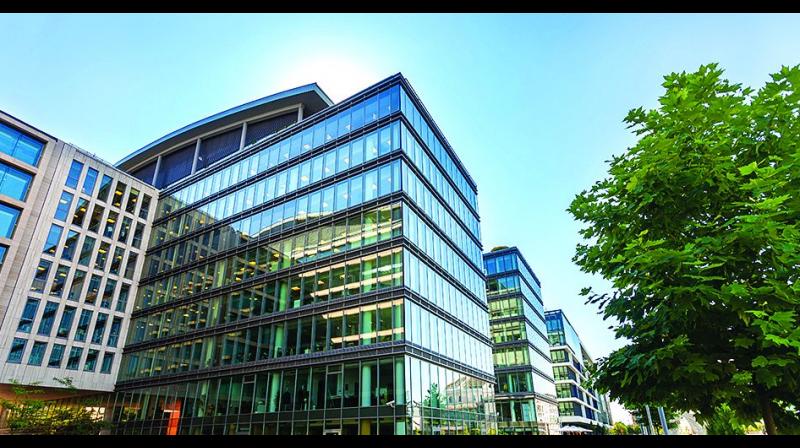 Chennai: Capital appreciation and attractive rental yields are driving demand in the commercial real estate market, which has been seeing increasing interest from foreign companies and private equity firms.

Blackstone Group has purchased an office building at Larsen and Toubro’s Business Park in Mumbai for Rs 650-700 crore, as per reports.

Blackstone has till now committed around $4.4 billion in commercial real estate investments in India.

This apart, recent reports suggest Canada’s Brook-field Asset Management is acquiring a prime Mumbai real estate asset spread across 9.67 acres, which includes a 100-room premium hotel, for Rs 750 crore from Sanjay Narang-owned Mars Enterprises and Hospitality. As per reports, half of the land, which is vacant, will be used to build commercial office space. Further, Tokyo-based Sumitomo Corp. offered Rs 2,238 crore for a three-acre plot in Mum-bai’s BKC.

“Investors, both domestic and foreign, have taken note of the developments in the space. The impact of reforms has been reflected in the investment flows received by the real estate sector. Of the total institutional investments of $30 billion during 2009-2018, $20 billion was invested in 2014-2018. During the same period, the share of foreign investments more than doubled to 70 per cent in 2018 from 31 per cent in 2009,” Ramesh Nair, CEO and Country Head, JLL India, said.

The upsurge of India’s commercial office market began in 2017 and has been further boosted by the arrival of REITs. Commercial real estate in India is driven by strong economic fundamentals, demand for quality Grade A office space, relatively affordable rents, and the new co-working office space trend in key markets.

The funding crunch that has crippled the residential sector has not seriously impacted the office sector. Commercial real estate also remains largely unaffected by the dynamics that affect the residential segment, such as interest rate fluctuation, income tax breaks and even elections.