NCLAT also said the promoters will have to settle their case with the creditors within a specified period. 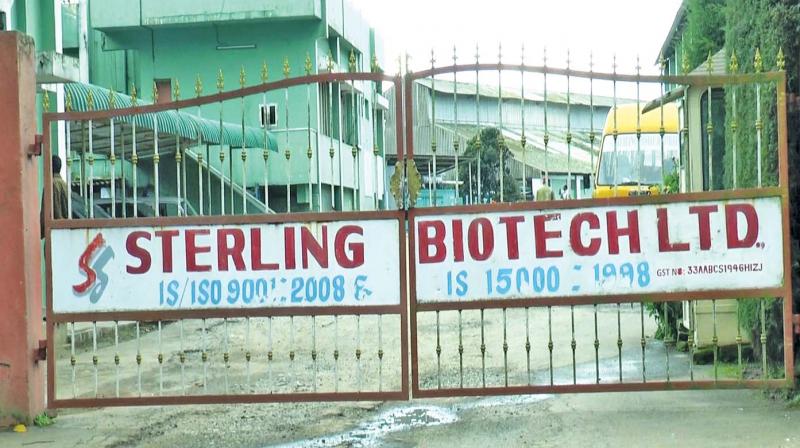 A three-member NCLAT bench observed that its order on August 28 is "conditional" as debt-ridden Sterling Biotech may "revert back to liquidation" and judgement would "stand reversed" if clean money is not paid within the period.

New Delhi: The NCLAT on Friday said the Enforcement Directorate needs to be satisfied that Sterling Biotech promoters' payment to settle dues with the lenders are coming from clean sources.

A three-member NCLAT bench observed that its order on August 28 is "conditional" as debt-ridden Sterling Biotech may "revert back to liquidation" and judgement would "stand reversed" if clean money is not paid within the period.

The appellate tribunal has also directed the liquidator to work as resolution professional (RP) of Sterling Biotech till its further orders. "ED has to be satisfied that it has to be clean money," the bench headed by Chairperson Justice S J Mukhopadhaya observed.

The NCLAT further said to Sterling Biotech counsel: "You will have to get the verification done as to whether the money is genuine nor not". During the hearing, the bench clearly told the counsel appearing for promoters that it was not the work of bank to decide whether the individual money is clean or not.

"We want clean money to come back to India, the money which will come from personal sources," it said. The tribunal has also asked the counsel of ED along with Andhra Bank to be present on the next hearing. "It is also desirable that the counsel of ED remain present," it said.

Earlier, in August 28 order, the NCLAT had set aside NCLT order to liquidate Sterling Biotech, and directed that the management should be handed over to its promoters if the dues of creditors are settled. The National Company Law Appellate Tribunal (NCLAT) had said it will not come in the way of the individuals such as promoters and directors, if they pay back to the creditors in their individual capacity, and not from proceeds of crime.

The appellate tribunal direction came over hearing of an application moved by the liquidator of Sterling Biotech, seeking clarification on the order passed by the NCLAT. "For the present period, liquidator appointed by the adjudicating authority (NCLT) would function as Resolution Professional of the company until further orders," said the NCLAT. It has also issued notices to Andhra Bank, lead lender of the Sterling Biotech, directing it to file reply and put the matter on September 23 for further orders.

"The RP/liquidator will also convey the message to the branch manager of Andhra Bank and its counsel intimating their appearance on the next date," it added. Agencies such as ED, Sebi, MCA, and CBI had contended before the NCLAT that they are investigating the matter against Sterling Biotech and its promoters, Directors and officers and role of other public servants.

Earlier, on May 8 Mumbai-bench of the National Company Law Tribunal (NCLT) had rejected Sterling's plea filed under section 12A of IBC to bring the company, which is facing a debt of around Rs 9,000 crore, out of insolvency proceedings. The NCLT had also raised questions over the manner in which lenders of Sterling Biotech had agreed to settle their claims with the absconding promoters.

Section 12A of the Insolvency and Bankruptcy Code (IBC) allows corporate debtor to settle its defaults and get the company out of insolvency proceedings after settling the claims of lenders after getting 90 per cent votves of the Committee of Creditors (CoC).