IndiGo has already been operating four flights on this route on a daily basis. 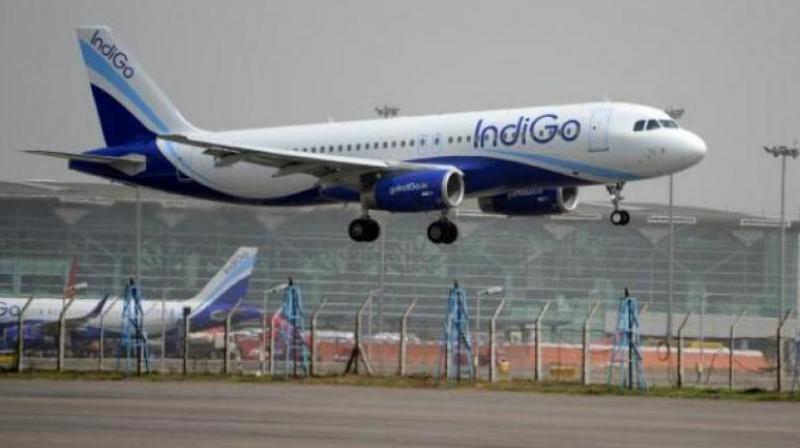 The flight arrives from Bengaluru at 11.30 am and leaves at 1 pm, airline sources said.

Mangaluru: IndiGo airlines has introduced a new flight on the segment between the city and Bengaluru.

With this, the number of flights operating on this route has gone up to ten.

IndiGo has already been operating four flights on this route on a daily basis. Encouraged by the consumer response, it has introduced one more flight.

The flight arrives from Bengaluru at 11.30 am and leaves at 1 pm, airline sources said.

IndiGo airlines regional manager Archana said the new flight was added from November 30 in the wake of demand from commuters.

With the current additional flight, IndiGo has been operating five flights to Bengaluru.

Its New Delhi flight has also become popular among the passengers, she said.

SpiceJet has been operating five flights with a seating capacity of 180 every day on the Bengaluru route and they are almost full.

The city is currently connected to domestic destinations like Bengaluru, Hyderabad, Chennai and Mumbai.

In the international route, Doha Qatar, Sharjah, Bahrain, Kuwait and Muscat are covered by airline operators like IndiGo, SpiceJet and Air India.