The telcos to pay the principal due together with interest and penalties within three months. 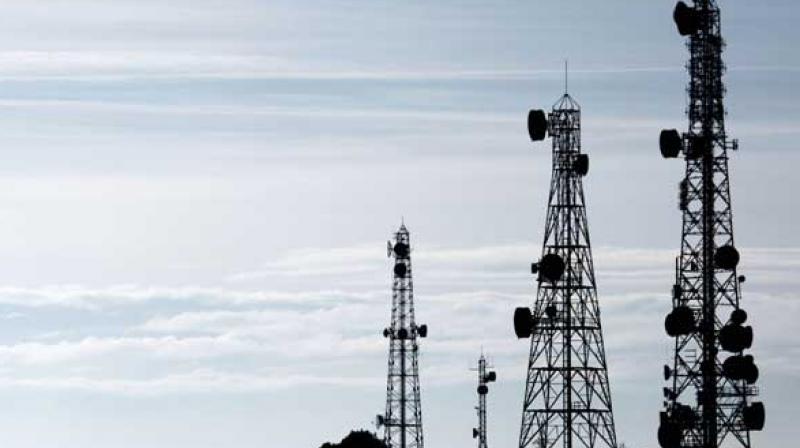 Billionaire Mukesh Ambani's Jio, which is also a member of COAI, has been contesting claims of the inability of telcos to pay the statutory dues

New Delhi: Ignoring its member Reliance Jio's contentions, telecom industry association COAI has shot off an 'addendum' to its earlier demands and has now sought a complete waiver of statutory dues that its other members such as Bharti Airtel and Vodafone-Idea owe to the government following the Supreme Court ruling.

The Cellular Operators Association of India (COAI) director-general Rajan S Mathews on October 31 shot of a second letter in as many as days to Telecom Minister Ravi Shankar Prasad seeking waiver of the "entire" amount of Rs 1.42 lakh crore due to its principal members Bharti Airtel and Vodafone Idea Ltd and other telecom operators "given the poor financial state of the sector."

The Supreme Court on October 24 upheld the government's position on including revenue from non-telecommunication businesses in calculating the annual gross revenues of telecom companies, a share of which is paid as licence and spectrum fee to the exchequer. It directed the telcos to pay the principal due together with interest and penalties within three months.

"However, if such a step (complete waiver of all dues) is not possible, we request that the government waive off the interest, penalty and interest on penalty. Since the disputed payments go back to accumulation over the past 14 years, we request that the principal repayment of past dues be done over a period of 10 years, with a two-year moratorium," he wrote.

The demand made by COAI is exactly the same as the one made in an unsigned paper submitted to the Telecom Ministry on the day Bharti Airtel chief Sunil Bharti Mittal and his brother Rajan Mittal met Prasad and Telecom Secretary Anshu Prakash.

Billionaire Mukesh Ambani's Jio, which is also a member of COAI, has been contesting claims of the inability of telcos to pay the statutory dues, for which they ideally should have provisioned in accounts in view of a legal dispute.

Jio has separately written to Prasad opposing any bailout to telecom companies at taxpayer's expense and asserted the COAI should not be considered an association representing the industry.

It has accused COAI of writing to government "under the influence of two of its members in furtherance of their vested interests" and accused the association of acting as a "mouthpiece of two service providers" and harboring a negative bias towards Jio.

There was no case for seeking any financial support from the government after the industry exhausted all its legal recourse, it feels.

Mathews in the October 31 letter stated that the support "will go a long way to ensure that the sector can start the path of recovery from the current situation over time and serve the cause of Digital India."

With the telecom sector staring at a massive Rs 1.4 lakh crore payout following a Supreme Court order, the unsigned memorandum to the government had asked it not to press for adjusted gross revenue (AGR) dispute payment in its entirety, sources said adding the note argues that it could not be the intent of the government to enrich itself by charging licence fee and SUC on non-licensed revenue or income.

In the worst-case scenario, it has requested the government to levy only the principal amount (without any interest or penalty) pertaining to only license fee (not spectrum usage charges) that should be allowed to be paid over a period of 10 years without interest.

It sought a two-year moratorium on spectrum payments beyond April 2020 till March 2022, to ease the cash flow pressures on the industry without compromising the net present value of spectrum dues to the government. This will allow continuity of business investment in critical network deployment and purchase of additional spectrum, it said.

It further sought a reduction in licence fee from 8 per cent of annual revenues to 3 per cent, and said that the balance 5 per cent representing USO contribution be waived or suspended till the current unutilised fund of Rs 50,000 crore is used.