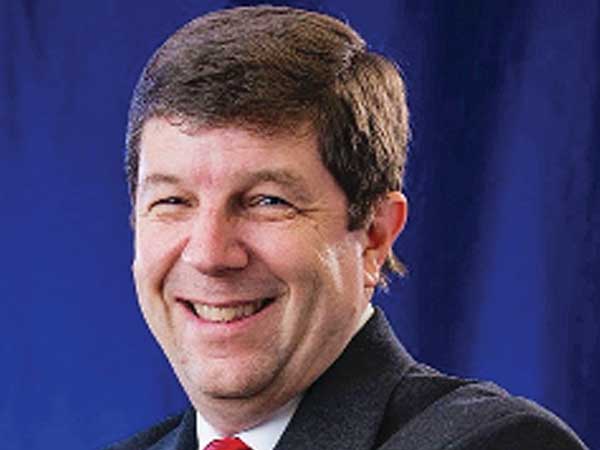 Tech sector upbeat as all-round growth on the way: Study

The technology sector is on a high as buyer markets and US and European economies are expected to boom. An across-the-board high growth is on the way that would virtually cover all market segments, said an Everest Group study.

The Dallas-based consulting and research firm spoke to 32 large global tech players, including lead Indian IT firms, to prepare a report on the market outlook for 2019. While 2017 delivered mid-single-digit results for revenue growth, 72 per cent of service provider respondents are confident that revenue growth will be significantly higher in 2018 and 2019.

The survey, however, said most respondents believe pricing pressures, slow adaptability to new business models, shortage of next-gen skills and regulations in key markets will continue to play major roadblocks.

Michel Janssen (in pic), chief research guru at Everest Group, told FC: “The challenges ahead for Indian providers will clearly be to find ways to help their customers in locations where talent is not available. There is a tonne of noise out there with things like Trump, China, Brexit etc...but reality is that businesses are adapting and just doing what they need to do in a high-growth market.’’
“I only expect this shortage to become more chronic, to the point that firms will start looking at RPA (robotics process automation) and AI (artificial intelligence) as helping to drive more productivity out of their existing workforces, thereby still bringing in growth in times when they can’t find the required talent,” he added.

As per the top-line findings of the study, enterprise automation in all forms is red hot. Service providers are investing their money in enterprise automation, seen as the next best value proposition beyond labour arbitrage to respond to ever-present demands for productivity and cost reduction. Some 49 per cent of respondents are investing in robotic process automation (RPA) and 66 per cent in artificial intelligence (AI) and cognitive computing, because they believe these areas have the highest potential for client value creation. Interestingly, only 14 per cent are investing in blockchain and 27 per cent in Internet of Things (IoT), both of which ranked low on perceived client value creation.

Janssen further said, pricing pressures (41 per cent of respondents), adapting to new business models (40 per cent) and shortage of talent (38 per cent) were the key concerns that killed the sleep of providers. Some 71 percent of service providers said shortage of next-generation skill was the most important talent issue they were facing.

“The winning players should do the same set of things that they have been doing for the past 15 to 20 years, that’s hiring and training new talent at scale (as only India can do it). India at least has the raw talent, but that’s not happening enough in the US and Europe. On the top of it, Trump is not helping by restricting immigration,” he noted.

The survey also found that, reducing costs will never go out of style. Some 59 per cent of service providers said cost drives winning value propositions more than any other factor and always will. The Everest Group study further said, CIOs, COOs and CFOs may still control the largest budget centres for sourcing services, but their influence on future deals is slipping in favour of the chief digital officer (CDO). Of those surveyed, 55 per cent said they believe the CDO’s domain is the fastest-growing budget centre for outsourcing services. Respondents indicated they believe CDOs are becoming an influential C-suite executive in future outsourcing initiatives.

To a query on the role of chief digital officers, Janssen said, the CDO role is still evolving with not every firm even having that role (with the CIO largely doing that job now). However, it is critical for businesses to have a centralised IT leader focused on technology: infrastructure and applications. The CDO will focus on the business use cases of technology. So it is about understanding how an enterprise can better improve the overall customer and employee experience, he added.