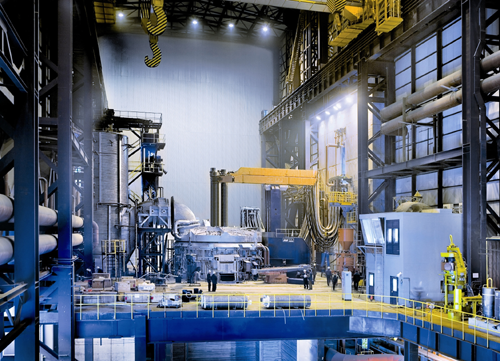 Steel prices to remain stable; base metals likely to be volatile

Global data indicates slower industrial growth in China in July’18. Ahead of this, the US imposition of $34 billion tariffs on Chinese exports resulted in deceleration in the Chinese economy. Chinese PMI Index stood at 51.2 for July’18 vs 51.5 in June’18. However, demand has been stable.

During the last month, long product prices remained weak with rebar prices falling by Rs 2,000/tn to Rs 38,000/tn. We understand this is due to seasonality. Domestic HRC prices however have been flat. We believe that steel prices will remain stable going forward, as China’s renewed curbs will be supportive. Also, with trade protection measures in place for most of the regions, regional players will try to keep prices firm. Domestic prices should also remain firm with added benefit of better demand.

During the month, NMDC decided to increase the prices of lump ore and fine ore by Rs150/tn each to Rs3,200/tn and Rs 2,810/tn, respectively. The company had raised the prices of lump ore by Rs 150 to Rs 3,050/tn and fines by Rs 100 to Rs 2,660/tn in May’18. We expect iron ore prices in India to stabilise going forward. Upcoming mining auctions will be important in this regard.

Australian coking coal prices touched their highs in June’18. However, in July’18, the prices fell by 13 per cent to $171/tn post-normalisation of logistic issues in Australia and Canada. The recent drop in imported coking coal by China also added to the weakness.

We believe that price of coking coal will continue to be at the current levels. While Chinese demand is likely to remain weak due to the possibility of further capacity cuts, higher demand from India is likely to offset that partially.

Almost all the non-ferrous metal prices continued to fall for the second month in a row in July. We understand that reasons behind this are as follows: (a) ongoing trade tensions, (b) strength in USD and (c) weakness in Chinese demand, reflected by fall in manufacturing PMI.

Copper price slid to its lowest level since late March’18 to $6,625/tn due to weak Chinese manufacturing growth. Zinc price continued its descent, falling to $2,907/tn due to possible fall in demand and increasing supply.

Aluminium prices saw higher volatility during 1H2018 after starting the year on a stable footing. Unlike steel, however, environmental curbs could not have much impact on aluminium capacities. Also, there have been concern about new Chinese capacities. This is the reason why prices could not see a sharper upside during the initial part of 2018. We expect Aluminium prices to hover around $2,100-2,300/tn in the medium-term.

Both silver and gold prices also continued their descent, falling to $15.5/oz and $1224/oz on the back of the strengthening USD.

We believe that global trade war and movement in USD will be key for base metals price trends going forward. Most metals however have seen decent price corrections and we understand that prices would stabilise at these levels in the short to medium term.