Too Hot For Comfort: Analysts say valuations are still high and market may de-rate 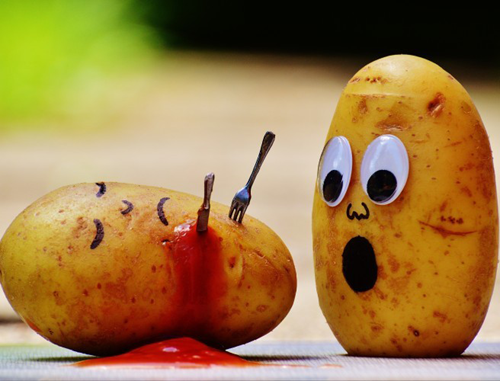 India still not a buy-on-dips market

India is still not a buy-on-dips market and the stock valuations here are not compelling enough to attract foreign investors, say analysts from multinational brokerages.

The Indian arm of Swiss investment bank and research firm UBS says the sharp correction in the market for two consecutive sessions on Friday and Monday, despite strong global markets, reflects a very expensive market getting nervous in the face of adverse news flow and worries about new unknowns. It says an India de-rating is likely.

Sanjay Mookim, India equity strategist at Bank of America Merrill Lynch, says he is cautious on the Indian equity market due to domestic risks, with the elections nearing. He fears that there could be further downside in Indian equities despite the recent correction.

UBS Securities India analysts led by Gautam Chhaochharia, in the latest India Strategy Report, says, “India moves from a benign local liquidity environment to a tighter one, yet the recent NBFC default, non-renewal of Yes Bank's CEO and tighter bond market spreads have caused jitters. If this is a temporary liquidity squeeze or a potential new credit shock remains difficult to gauge. While unlikely a systemic issue, we worry about a negative feedback loop developing, given rich valuations.”

The report says India has had benign liquidity over the last three years, but all the drivers have reversed. It envisages a tighter period ahead, saying it expects RBI to neutralise liquidity ahead.

Listing five features that has changed in India, apparently in the last two quarters, UBS said: (1) Credit growth picking up, and (2) demonetisation impulse is behind us, but (3) balance of payments moving from surplus to negative with rising current account deficit. Moreover, (4) Reserve Bank of India’s intervention to reduce rupee volatility has further squeezed liquidity and (5) policy tilt of the RBI is no longer accommodative.

The report says liquidity squeeze will hurt non-banking finance companies (NBFCs) and wholesale funded banks have been key beneficiaries of benign liquidity. The latter showed up in mutual funds' debt assets under management (AUM), which has been growing at a compound annual growth rate (CAGR) of 20 per cent over the last five years to reach $200 billion. Mutual funds have deployed 17 per cent of their debt AUM in NBFCs. Helped by this, NBFCs' book had a 14 per cent CAGR over FY13-18 and moved from 21 per cent of bank credit in FY10 to 34 per cent now. The reversal in liquidity implies that funding for NBFCs may remain tight. The recent adverse sentiment in the bond market could mean even higher borrowing costs for them. They are likely to see lower growth and/or margins ahead, the UBS analysts said.

Wondering whether a new credit stress cycle is ahead, the analysts say it is difficult to know the quantum of stress in the system after ILFS, an unlisted AAA-rated NBFC, defaulted two weeks ago, on September 14. Investors have also been concerned about the status of loan against property (LAP), they say. “Any stress in the LAP book (Rs 2 lakh crore, 1.8 per cent of total system credit) and ILFS (Rs 91,000 crore, 0.8 per cent of system credit) would be on top of Rs 14 lakh crore stressed assets (16 per cent of bank credit).”

The market's hopes of the non-performing loan (NPL) cycle being near the bottom may get prolonged. Yet, size doesn't suggest a systemic issue, unless resulting slower loan growth drives further NPL creation. The Indian banking system's resilience stems from it being retail funded, as current account and savings account (CASA) is about 55 per cent of bank credit and about 40 per cent of bank book is in government bonds.

“NBFCs have been a much higher per cent of system credit growth over the last few years, so a slowdown will hurt macro growth and specifically consumption. Indian households' consumption has grown ahead of income growth for five years, as the savings rate collapsed and leverage rose (An NBFC slowdown could hurt consumption--autos, discretionary). Ten-year G-Sec and earnings yield gap, at a historical high, is unsustainable. Price-earnings (PE) de-rating is likely for overall markets, in our view, as current 1 year forward PE for Nifty (18x) is near historical highs and off earnings likely to be cut 7-8 per cent.”

The UBS analysts has set a Nifty Dececmber 2018 target 10,500 and they said they are Overweight on private banks with retail liability franchises and IT services.

“Two big drivers of Indian markets over the last one-three years have been: 1) Modi and 2) local liquidity, including local retail flow into markets. Retail flow is slowing and vulnerable. Our Nifty Dec-18 target of 10500 and upside/downside scenarios of 11900/8800 suggest unattractive risk-reward for Indian markets despite the recent correction?.NBFC stocks have corrected 10-40 per cent in the last month but 30 per cent of them are still above their five-year average price-to-book value (P/BV). We were not positive on NBFCs, but now move from Neutral to Underweight in our portfolio positioning,” UBS said.

Despite the market correction, Mookim sees valuation risks and says he would be cautious in chasing risks.

The Nifty 50 Index, which has declined 7 per cent from its August 28 peak, has remained volatile this year, and has returned under 5 per cent gains for the year but trades at 23 times its earnings, making it the second-most costliest among Asian peers.

The rupee has depreciated against the dollar due to rising crude oil prices and a widening CAD, but Mookim said, “we’re not in a situation to start defending the rupee aggressively”.

“The rupee needs to keep up with its emerging market peers,” he said. “The currency depends on the government managing volatility of the currency.”