Foreign funds have turned aggressive sellers in the domestic market with over Rs 32,078 crore being pulled out in the first five months of 2018, making it the highest outflow seen in any calendar year since 2008 when FPIs pulled out Rs 41,216 crore from Indian markets. 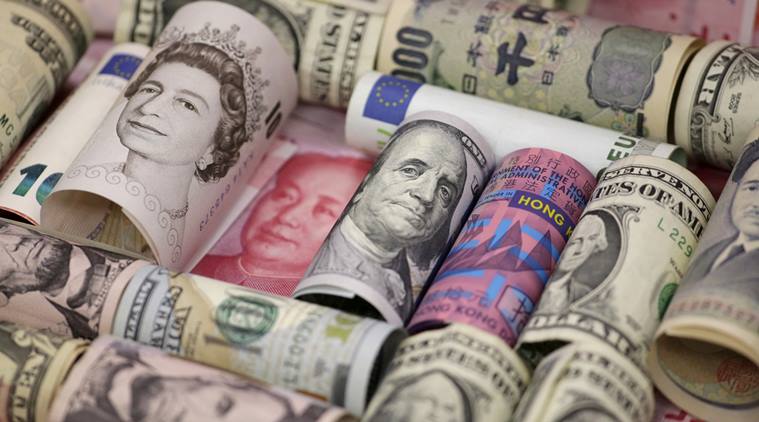 Foreign funds have turned aggressive sellers in the domestic market with over Rs 32,078 crore being pulled out in the first five months of 2018, making it the highest outflow seen in any calendar year since 2008 when FPIs pulled out Rs 41,216 crore from Indian markets.

A series of factors, including falling rupee, rising crude prices, higher bond yields in the US and sticky corporate earnings growth, have dampened foreign institutional investor (FII) sentiment. India has witnessed net outflows of around $2.10 billion in the last two months starting April to June so far.

According to experts, selling is mainly coming from India-focussed offshore funds, which are facing huge withdrawal of funds.

These funds, which are considered to be of long-term nature, are offloading their position in midcap companies leading to sharp decline in prices as over the last three months these funds has started witnessing outflows.
“This shows that the long-term investors are now booking profits and moving out of India because they do not want to be a part of an anticipated or speculated volatility in the second half of the year, as we get closer to the general elections,” said an analyst with a leading foreign brokerage firm.

The assets of India-focussed offshore funds and ETFs also fell to $61 billion during the quarter ended March 2018 from $65 billion at the end of the December 2017 quarter.

These funds constituted about 25 per cent of the total offshore fund assets in Indian equity markets at the end of the quarter.

Similarly, investment by other regionally diversified offshore funds and ETFs into Indian equities also fell during the quarter to an estimated $185.8 billion from $187.3 billion recorded in March 2018. They constituted about 75 per cent of the total offshore fund assets in Indian equities at the end of the September 2017 quarter.

The value of FII investments in India equity markets as it ended the quarter fallen to $414 billion from $442 billion recorded in the previous quarter.

“A series of weak domestic and global cues led FIIs to pull their investments from the Indian markets. On the domestic front, factors such as the introduction of long-term capital gains tax in equity investments, announced in Budget 2018, and the unearthing of a scam involving Punjab National Bank, adversely affected the sentiment,” said global firm Morningstar in a recent report.

Additionally, a global selloff was triggered after fears of creeping inflation and higher borrowing costs compounded volatility in the markets across the globe. This led FIIs to pull money from emerging markets like India, which are riskier than developed markets and more susceptible to global risks,” it further said.