After selling more than Rs 20,000 cr worth stocks in April-June, FPIs have pumped in over Rs 2,200 cr into Indian equities in July 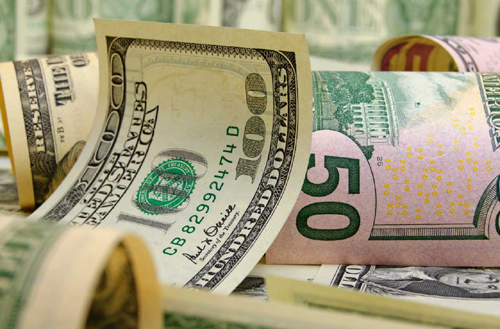 Net overseas inflows into the stock market came in above Rs 2,200 crore in July—the first since March 2018.

Foreign portfolio investors (FPIs) had sold shares worth more than Rs 20,000 crore during the April-June quarter.

On the back of fresh inflows, the Sensex gained a staggering 2,342.17 points during July to close the month at a record high of 37606.58 points on Tuesday.

Though the inflows have proved a big positive development for the market, experts say it’s too early to indicate a reversal in the trend considering the global uncertainties like trade war and the US interest rate hike cycle.

The renewal in FPI inflows in July comes as big relief for the market as India overall saw its worst foreign fund outflow in a decade in the first half of 2018.

According to the latest depository data, FPIs pumped in a net Rs 2,234 crore in equities during July.

"It would be too early to celebrate given the factors that influence FPI flows do not look promising. Also, the recent buying by FPIs could be a part of their short-term tactical play as the quantum of net flows so far does not display conviction," said Himanshu Srivastava, senior research analyst and manager-research at Morningstar.

The concerns continue to persist over crude oil prices, high retail inflation, depreciating rupee against the US dollar and fear of global trade war, he added.

"The money, which is coming to the market is now from savings or those foreign investors who wish to or have entered the market for the first time," said Tushar Goyal, business development officer at Meri Punji IMF.

Overall, so far this year, FPIs have pulled out nearly Rs 4,600 crore in equities, while they withdrew close to Rs 42,000 crore from the debt markets.

Domestic institutions, however, bought equities at their slowest pace since January this year with a net purchase of more than Rs 4,200 crore in July. Passive investments into exchange-traded funds favoured India among other emerging markets. In the last one month, India saw an inflow of close to Rs 3,000 crore while Brazil saw an outflow of over $500 million, followed by Taiwan at more than $300 million.

The NSE Nifty 50 Index rose 6 percent in the last one month compared with 1.7 percent rise in the MSCI Emerging Market index.

But the recent market rally can be attributed to about five-six stocks that represented 70 per cent of the Nifty up-move, said Chakri Lokpriya, managing director at TCG Asset Management. The other Nifty components and broader market was oversold and saw foreign and exchange-trade fund inflow as a result, he said. “But it’s too early to call for trend reversal and FII inflows are unlikely to pick up meaningfully until the rupee stabilises and earnings growth gathers pace.”

The Nifty returned 6 percent in local currency in July, lower than Brazil’s 8.9 per cent and Thailand’s 6.7 per cent. The Relative Strength Index (RSI), which measures momentum behind the price, has turned ‘overbought’ for the Indian benchmark for the second time this year. None of the developed or emerging markets are at this level.

RSI can remain overbought for a few months before any material reversal takes place, said Hemen Kapadia of KR Choksey. In fact, the monthly RSI in the Nifty has been overbought or just below overbought for the past 15 months or so and, with a hiccup, the trend remains bullish. Among other emerging markets, he said Korea is in a corrective phase of an uptrend while China is in an intermediate downtrend.