India Inc has made a strong pitch for defence manufacturing under the government’s Make in India programme, signing up for collaborations at the Defence Expo that began in Chennai on Wednesday 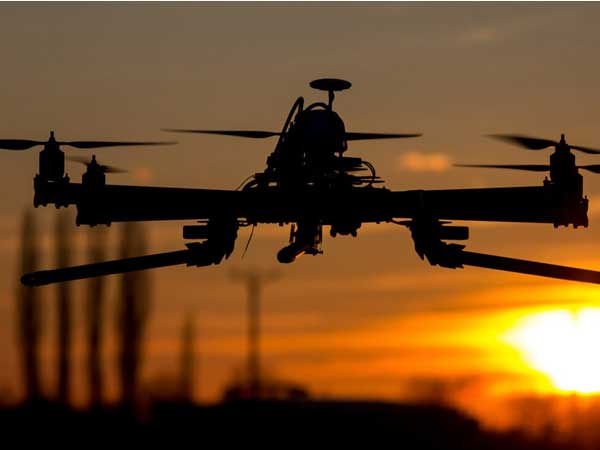 A day of defence tie-ups for India Inc

India Inc has made a strong pitch for defence manufacturing under the government’s Make in India programme, signing up for collaborations at the Defence Expo that began in Chennai on Wednesday. At least four major tie-ups were announced at the tenth edition of the expo, which will be formally inaugurated by Prime Minister Narendra Modi on Thursday.

While Larsen & Toubro (L&T) signed a memorandum of understanding (MoU) with state-run Bharat Electronics (BEL) eyeing domestic and export markets for defence products and systems, the Adani Group said it has tied-up with Punj Lloyd and US-based Rave Gears to design and make high precision gears for aerospace and defence.

Hyderabad-based IT player Cyient, which already makes drones, said it has entered into a joint venture with Israel’s BlueBird Aero Systems to manufacture advanced Unmanned Aerial Vehicle Systems. Similarly, infrastructure major GMR Group said it would set up an aerospace and defence manufacturing hub in Hosur in joint venture with Tamil Nadu Industrial Development corporation (Tidco) to promote production of defence equipment in the region.

L&T said its agreement with BEL seeks to leverage the two companies supply chain and expertise to synergise exports in the defence sector.

"This MoU offers an opportunity for public-private sector partnership between two industry leaders in defence equipment and systems to synergise their strengths to deliver to the Indian Armed Forces and to the export market contemporary products with high indigenous content," said Jayant Patil, whole-time director (defence) and member of board, L&T.

L&T and BEL have collaborated and partnered on co-development and production of major sub-systems involving complex technologies and sophisticated weapon systems such as Akash missile launchers and other radar platforms for the ministry of defence (MoD) orders.

L&T has been delivering a range of launcher systems, fire control systems and airframes/sub-systems for various indigenous weapon programmes.

The Adani Group said its tie-up with Punj and Rave is for manufacturing gears and gear assemblies, mainly for rotary platforms, currently under production for Hindustan Aeronautics Ltd, and for future programmes like the naval utility and multi role helicopters.

Ashish Rajvanshi, head of Adani Defence & Aerospace, said it is another step in the group's vision of creating a "vibrant defence manufacturing ecosystem by bringing world-class capabilities to the country. It will help establish new production lines in India.”

The three companies aim at increasing self-reliance at the tier-I level, which will be critical for system integration of platforms in India.

Under the agreement signed by Cyient CEO & MD Krishna Bodanapu and BlueBird Aero Systems founder-CEO Ronen Nadir, a joint venture company, Cyient Solutions and Systems has been floated in which Cyient would hold 51 per cent stake BlueBird 49 per cent.

Cyient would manufacture, assemble, integrate and test advanced UAV systems at its facility in Hyderabad by leveraging the technology know-how of BlueBird.

GMR said about 600 acres of prime industrial land has been made available for immediate occupation at its hub.

Under the 'Make in India' initiative, the Centre had recently announced setting up of a Defence Industrial Production Corridor between Hosur and Chennai. "The proposed defence manufacturing hub is a step towards making this vision a reality," GMR said said.

BVN Rao, business chairman-transportation and urban infrastructure, GMR Group, said, "The hub can potentially be a game changer for the region."

"We will be providing all the necessary infrastructure facilities to attract global majors to set up their manufacturing facilities here," he said.

The proposed hub, GKSIR Hosur, is an ideal location for various defence PSUs like Hal, the company said.